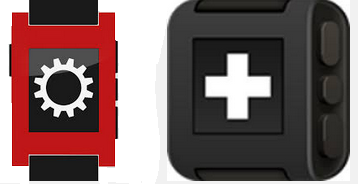 There are a range of apps for the Pebble (and certainly far more on android) and a number of them are free, such as:

To get the most out of your pebble your going to need to pay for a few apps, some claim a lot and don’t deliver very much:

And finally there are those apps that do a number of the above functions and a bit more:

So they don’t cost much but there is a downside, the multifunction apps have to be running to work. Meaning you cannot “ping” your smartphone if the associated app is not running on your smartphone. grrrrrr! This includes any camera or gps related app (these work with there own camera and gps facilities and not your preferred apps)

One comment on “Smartwatch Pro / Smartwatch+ (and other Pebble Apps)”