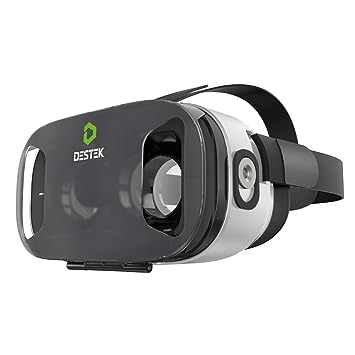 VR (Virtual Reality) is definitely on the horizon and one of the ‘next big things’ in the world of interactive entertainment and educational technologies. From exploring terrains or areas that learners would not be exposed to or the mountain of risk assessment alone making it impossible can suddenly transport your learners from differing perspectives such as helicopter rides over London to distant lands and the rim of a live volcano and onto an on-stage presence at gig or musical. Coupled with an immersive audio experience is one hell of a ride! but i shudder at this future and fear for the learners that will feel my pain – literally!

So why the negativity? well a fact about me, I get physically sick when playing 3D games! Now this may seem daft, especially teaching (albeit in the recent past) game 3d engines. But I have never been able to get beyond it, this is a huge concern to the likes of the military that whilst saving a fortune by having their personnel train in VR environments there are those that still need the real thing due to suffering debilitating nausea. Something like 1% feels any ill affects withe 0.1% of those having physical reactions -its worthy of research to further make savings. I for one would welcome any solution (even in part). I am rarely able to play more than say 30 minutes before feeling queasy – often physically ill, and recovering for over 6 hrs+. To just be able to play Minecraft with my little boy would makehis day, and not have him feel guilty when I do play and have to stop due to illness. But there are other worse than me, even being set off by waterways and supermarkets (I kid you not – read the art5icle on the BBC – http://www.bbc.co.uk/news/uk-wales-south-east-wales-38715719 )

So despite all the ill-feeling I splashed out on a reasonably priced  DESTEK V3 Virtual Reality VR Headset, it fits my iPhone 6 Plus (without case), is well constructed and has the Magnetic switch (a must in my opinion s  for low end, low cost VR goggles). Fantastic device, if a little uncomfortable at the bridge of the nose it has allowed me(and my six year old) to go ‘wow’ at VR. Don’t get me wrong VR is still in early days (we dare not mention the flash in the pan 3D TV) but for sub £30 its a worthy expense. Yes it makes me sick but to have a ‘go’ at VR that is although not matured is not exactly fledgling either and the price tag certainly does not make my blood boil when i suffer from ‘curiosity killed the cat’, here’s hoping that the earlier link bears some useful findings to support those like me.

So linking back to the educational aspect and all I hear about the fact that VR will play a part, well I am already seeing that I will be those in the minority and hope that ‘differentiation’ will be considered when there are not an insignificant amount of learners (and educationalists) that will break out in a cold sweat at the very thought of VR in an educational programme – beneficial or not! (there may be a surge in travel sickness remedies!)

Note: VR should not be something that you expose those under seven for any length of time!