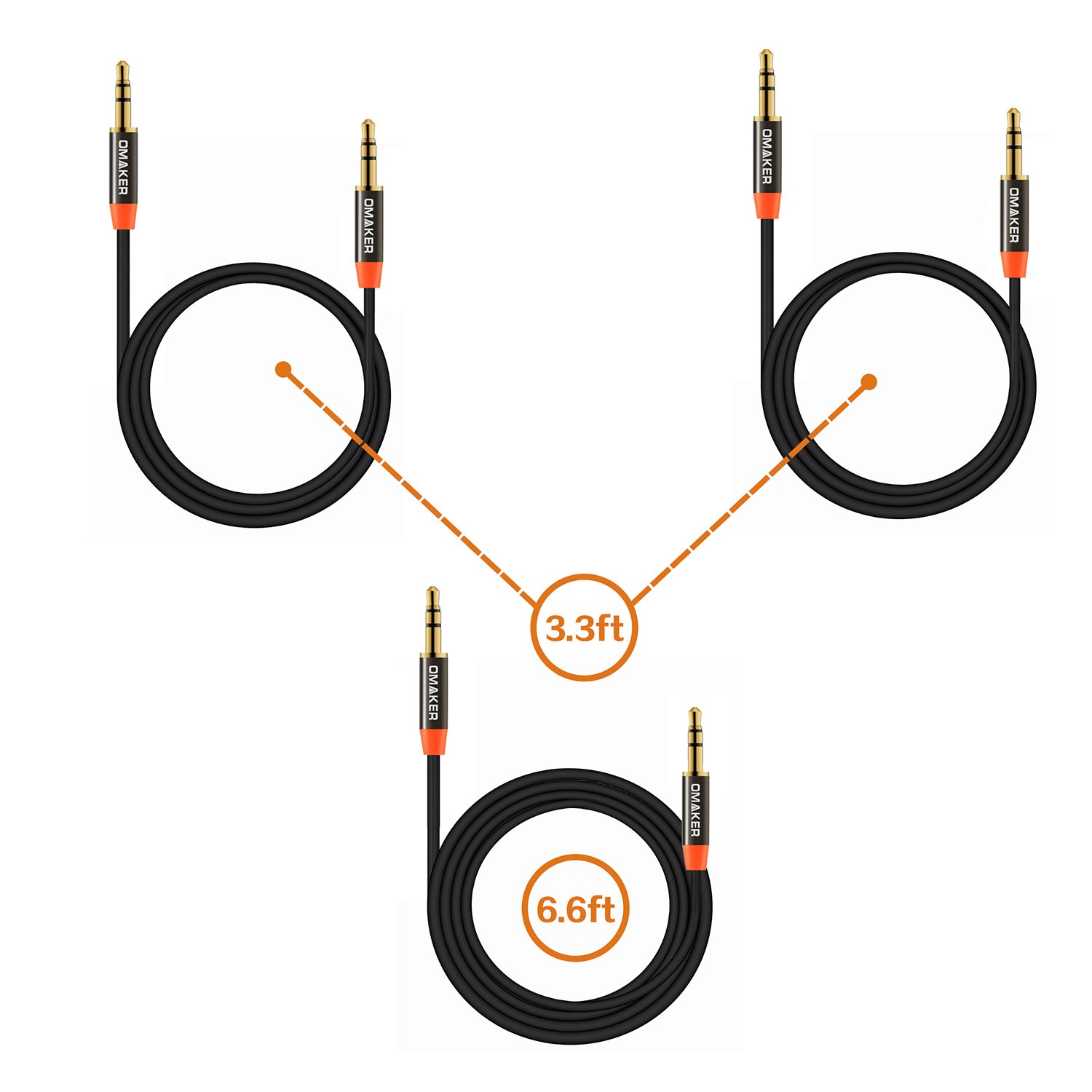 Needing replacement audio cable for my car stereo and my headphones I decided to give the Omaker 3 cable bundle a go and have to admit to being pleasantly surprised. Super slim connectors with a real high quality feel to the overall propuct. I cannot see where you vcould get such a quality cable for less than £8 especially for a 3 pack! I found them on Amazon here http://www.amazon.co.uk/dp/B018VVTMGW

Although Apple have had a Camera Connection Kit in the past they have not had one included pass-though power that allows for more power hungry devices to work. In the past devices have either not worked or have required all equipment to be all but plugged together with the final connection being the lightning connector to the iPad, often still displaying a warning message.

The USB speed is only supported on the bigger brother iPad Pro and the adapter does not allow pass-through syncing but not only can you use connected cameras to import photos and videos but you can use it with the iPhone 6 as well, allowing you to plug in…

For me this adapter is great, I can now throw my Samson Go Mic, stand and pop filter in a bag along with a powerpack (Anker are my choice) and I can pretty much record anywhere with my iPhone 6 Plus!

However good the Samson Go Mic is it still picks up ‘aspirated plosives’ such as the ‘P’ when you say ‘pop’. However due to the microphones size it does not need a large pop filter, such as a standard 13.5cm internal diameter pop filter, instead a smaller 8.cm internal diameter pop filter can be used. I elected to purchase a fixed stem rather than a flexible goose neck which again minimises the overall size of the filter. My only frustration is that the first silver piece connected to the black clamp is via a countersunk threaded bolt that has a cross-head rather than a knurled or wing nut, this reduced the flexibility of adjusting the filter on-the-go but is fine if you are only ever clamping it to the same base or point.

Note: Pop filters are not to be confused with windshields that reduce hiss from being captured and that are mainly for when you are outdoors.

Having bought the Samson Go Mic I realised that I had nowhere to position in on my desk, especially with the monitors being wider than the in-built clamp, soolution found was rthe Andoer MS-12 Mini Foldable Mic Desk Stand. There is not a lot to say about it other than it does what it is supposed to do, comes in at under £6 with Amazon ( http://www.amazon.co.uk/dp/B013U48ZZ4 ) although you can find it a little cheaper elsewhere (and I got mine with a Mic Clip as well still for less) and if nothing else makes a great fixing for a pop filter!

The Samson Go Mic is an amazing bit of kit, you would be forgiven for thinking that its cost (you can find it sub £40) would indicate that it would be a low end bit of kit, not the case, and whilst I would still favour the quality of the Blue Yeti Microphone (see earlier posts) this tiny microphone has a lot going for it and especially for its price and feature set.

What I particularly love about this mic beyond it’s obvious portability (and coping equally well on a stand with a pop filter) is the quality of not only build but the richness, I would even go as far to say that if portability is a key factor this mic is the all-round choice. The inclusion of a greed ‘powered up’ LED that turns red when the audio is going to be clipped by the mic is a great touch (and independent of any hardware it is connected to). It definitely puts high quality audio in the affordable bracket and other than trying to cram in a gain and volume control into an already small form factor its a firm favourite on my travels.

Note: Incidentally Blue have released a new updated ‘Radius II’ shock mount for the Yeti that has firmer fixing.

Unfortunately  the podcast this month is delayed by a week due to a severe throat infection that has stopped me recording anything. Hopefully the next episode should be released next week.

I love this app, mentioned a few weeks ago, and recently used it in my latest podcast. I needed to record three Learning Technologists at three different locations across two days and did not want to carry around with me a lot of equipment. There is a great article outlying its use here

Opinion came in really handy, allowing me to record on-the-fly, edit fast and save off for my next interview. Admittedly I did my bigger editing on my desktop but I certainly will  not hesitate to use Opinion again on-the-go. What did come up on my wish list for Opinion was:

Give me point 3 and I would happily give it a go of editing an entire episode on the app.

Recently I looked to expand beyond iTunes to potential expand my podcasts audience. Surprisingly there are few alternatives to iTunes for podcasting subscriptions and compared to iTunes traffic it if often reported as less than 5% and it certainly is muddy waters.

There are other systems that pull from other directories such as Overcast: podcast player  (for iOS) that pulls from iTunes. But for me I think that Miro  is the one that is worthy of interest particulaly as it will open up the android market for the podcast (and even windows platforms) followed by the podcastdirectory.com

The headphones are great, mind you I’m not an audio expert, but they sound excellent, they are certainly comfy and won’t break the bank when you can pick certain designs up for around £30 (RRP £50). I was surprised that they come with a detachable cable that includes an in-line mic/controller, whilst this is great from my iPhone it can play a little havoc with some systems such as my PC or Blue Yeti whereby I have to just retract the plug ever so slightly to hear the audio fully.

Certainly a worthy investment for the podcasts.