Streaming is going mainstream with Twitters Periscope, a streaming app that allows for you to title and stream video and audio from you mobile device (both iOS & Android). Followers get notifed of your stream and can comment via text and tap the screen to show appreciation of your content in the form of rising hearts! It’s early days for Periscope but it has already added the functionality of maps to the app so that you can identify stream locations. Other functionality ….

I can see in recent weeks that it’s popularity has eased off, my first “scope” had 50 viewers, I’m lucky if I get double figures currently. An interesting video relating to Periscope and its future is worth watching at “The Speed of Outrage: Tom Scott at Thinking Digital 2015“. Whilst I feel it makes valid points regarding reaction times I do disagree with the prediction that Periscope will not be the winner for a number of reasons…

That’s the problem with future tech predictions, they are just predictions. At best they turn out to be right, at worst we laugh at how wrong they were – in the end nobody really cares other than looking for YouTube Clips of Tomorrow’s World and the elusive Hover Car, Personal Jet-pack and Robotic Assistant. For further info see https://www.periscope.tv/

The FELTAG report recommends that we move to a 50% online model and I am sure a large number of educators ask “what’s the rush?” and “What are the benefits greater than what we already do?”. I could offer a number of answers, that are rather obvious, such as…

But a recent TED talk by Daphne Koller says it all and much more whilst enticing top universities to put their most intriguing courses online for free with Coursera (cofounded by Andrew Ng). The lessons learnt make for interested observations. Daphne’s TED talk is certainly worth a watch- https://youtu.be/U6FvJ6jMGHU

What I did take way from the TED talk (given the complexity of requirements for Cousera) is that more than ever we will need Domain Experts (Educators) to organise, deliver and help develop the course materials with their strong understanding of teaching & learning but with a firm understanding of technology with the support of Technologists that can put in place the infrastructures and guide  others to what is possible whilst having a firm understanding of teaching & learning! The lines are becoming, and rightly so, blurred (no humming a certain tune please!) and we are going to be working in tandem for the good of our learners and not see technologists as a service. 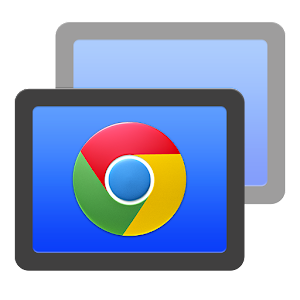 Now this is a great app, it’s free, allowing access to your PC from others or remotely.  Install the app into chrome and your good to go! Your PC has a passcode set that you will need when accessing remotely.

The key thing for me is that I run my main PC at home as a server for all my files and on a number of occasions I need to either start a service or reboot and I can do this from my iPhone tablet easily. Although you loose connection during the reboot you regain once rebooted – unlike other systems you do not need to be logged onto your profile for the app to work.

I have even accessed my pc, attached a file to an email, and sent it email to myself at work!

I have used Box for years (when it was Box.net before Box.com) and I was lucky enough to sign up when it was 50GB. Its not widely used or known but it is gaining in populairty, certainly amongst apps. Watch a video here – https://youtu.be/Rt7RaX61DeQ. What are its key features…

Visit https://support.box.com/hc/en-us/articles/200527078-Box-Promotions-FAQ for current offers. The great thing about these offers is (subject to change) that if you already have signed up but log in on a promotional device you get the expanded storage size! This post states that there is 50GB for the iPad and iPhone currently